A very rich and interesting part of 3D printing is the ability to print scanned objects. It opens an enormous potential for saving the historic heritage of the world. A significant collection of such objects already exists as MyMiniFactory launched the Scan the World initiative. Scientist Geoffrey Marchal is one of those who make a big impact by scanning historical objects and posting 3D printable files. Anyone can use these files to print a part of history for themselves. We have printed out a few items from his collection. Click on picture to zoom 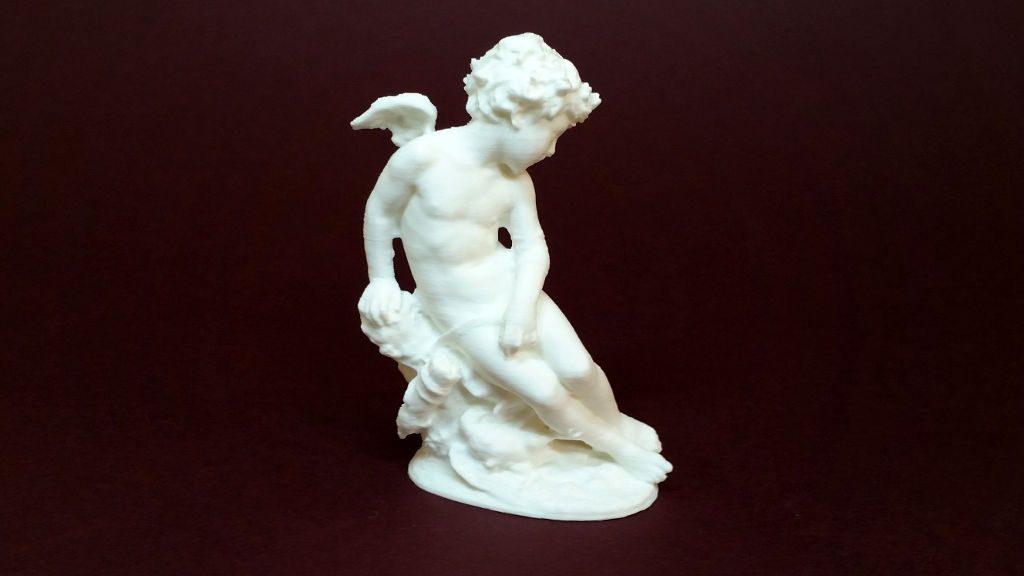 Wounded Cupid at The Nye Carlsberg Glyptotek, Denmark
What makes participating in Scan the World interesting is that many objects have fascinating stories behind them. These items are taken from history and they have much to say about their origin. The story of Wounded Cupid:

In the summer of 1873, Carpeaux spent several weeks on holiday with his wife and son Charles at the house of Alexandre Dumas (fils) in Puys, near Dieppe. The idea for this work came to him when the child, after hurting his arm, smiled at him through tears. Executed in marble and exhibited at the following year’s Salon (1874), the work was a success with both the public and the critics, combining the tragic ingredients beloved of bourgeois taste with exceptional technical skill, resulting in the creation of two additional marble replicas during the artist’s lifetime. 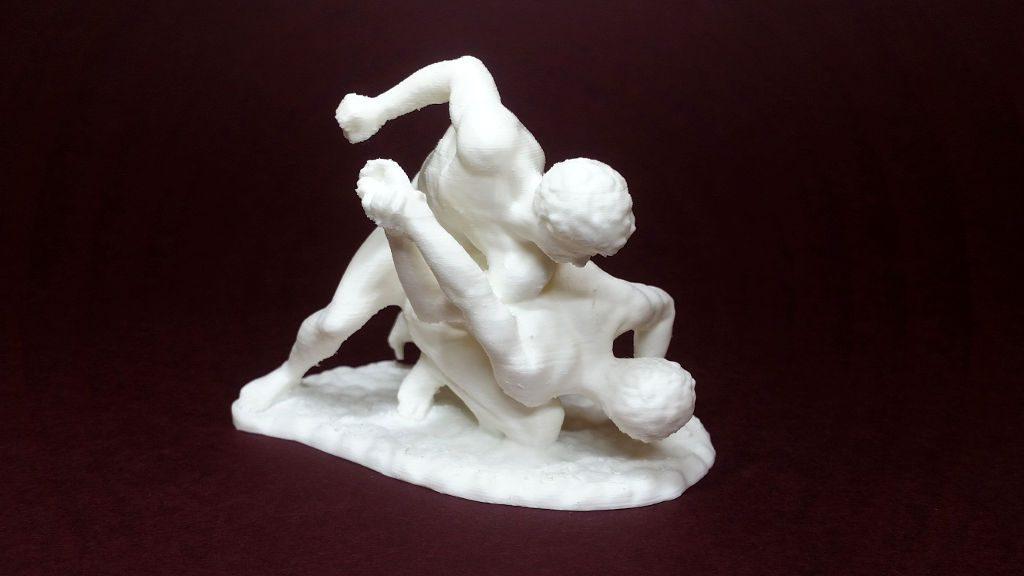 Two wrestlers in combat, Greek, Hellenistic 3rd century BC
We realise that Geoffrey Marchal does a big job preparing the models to make them 3D printable. As we tried photogrammetry ourselves we know that scanned models need to be fixed in a special software, like Autodesk ReMake. Such software helps to fill in the holes and repairs other mesh faults. We hope that in future 3D scanning industry will develop and produce more sophisticated scanners.
Historical objects that Scan the World collects were not created for 3D printing. Many of them require a lot of supports to be added. In case with the “Wrestlers in Combat” even the faces needed supporting. Unfortunately removing supports causes slight damage to the surface of the finished item. Nevertheless, we are very happy with the result.

That’s what Geoffrey Marchal writes about himself:

Scientist passionate of computer graphic and science simulation and visualization. I started doing computer grqphic at 19, in 1993. Passing from POV-RAY to LightWave, Houdini, 3DStudio, 3DS Max, Blender. In 2014, I have started 3D scanning with first a Kinect from Microsoft and afterward moved to photogrammetry. Photogrammetry is more flexible and I use mainly 123D Catch and Memento beta, both from Autodesk. In 2015, I started 3D printing with a Solidoodle Press. 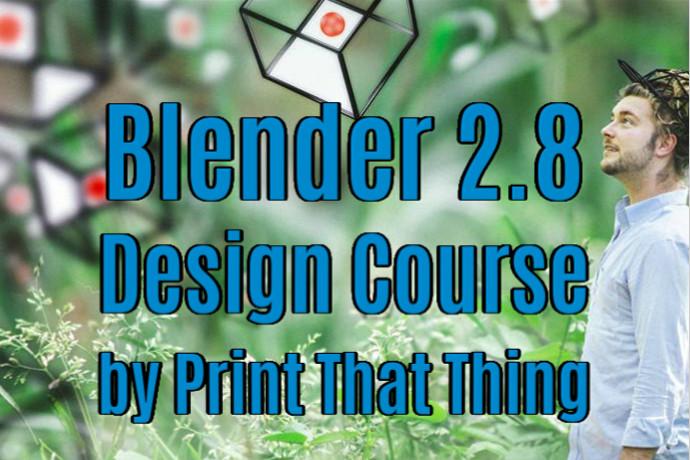