There is a lot of models on file repositories that would give you original ideas on how to upgrade the interior with gorgeous 3D printed lamp shades and light systems. Initially, we looked at this trend with a bit of skepticism as weren’t sure about the fire safety. But our recent success with transferring 3D scanned textures on objects and 3D printing them in the vase mode, made us want to dig into the subject and learn more about 3D printed lamp shades. Here is what we found out.

Disclaimer: We can’t stress enough that every electrical appliance is a potential fire hazard if treated/maintained inappropriately. Therefore, extra care has to be taken while undertaking any 3D printing DIY project that involves electricity.

During the past 10 years LED lights have been steadily replacing Incandescent bulbs as a more energy-efficient option in households (saves 90%). For DIY projects, LED bulbs are especially important as they stay at a relatively low temperature even during a long usage. This valuable property made mini LED lights and multicolor light strips popular in various cosplay paraphernalia. Usually, these don’t require high voltage and, therefore, the accident risk is minimal.

We tested one of our lamp shades first using an Incandescent light bulb with the constant supervision of the process. (Do not try it at home) As the lamp shade was made in Amolen color-changing PLA, it quickly changed its color to bright yellow, which indicated that the temperature of the plastic is higher than 45°C (113°F).

When tested with an LED bulb, it never went a shade brighter than red. In the end, (after 2-3 hours) the Incandescent bulb melted our lamp shade, it got deformed at the very top, where it was the closest to the fixture of our pendant light. It later slid down onto the bulb itself. At this point, we stopped our torture test to save the bulb. The lamp shade, unfortunately, became unusable.

We keep testing our lamp shades using LED bulbs only. These 3D printed items are beautiful but a lot of hours is needed for testing before we can call them safe. May be some design modification should be implemented.
What strikes the most is that the process of creating them is very easy. Photogrammetry allows us to get the 3D scanned texture from any tree using just a mobile camera. As a result, it is possible to get an original lamp shade that will remind us of a favorite tree. The 3D printing process in the vase mode makes these shades very light and inexpensive, using only 50-60 gr of filament on a regular size desktop 3D printer (Creality Ender, Original Prusa). 3D printing time is also short, around 3-4 hours.

Filament Choice for the Lamp Shades

And yet again we would recommend using only LED none heating light bulbs with such materials as PLA. PLA is notorious for deforming from the sun’s heat. While ABS and PET have a significantly higher melting temperature. As we had decorative filaments that were based on PLA, we wanted to showcase them here.
Wood filament – Gives a classical beige shade to the room and of course, feels very natural, as if it is made from the natural material. 3D scanned tree texture in the wood filament is awesome.

Rainbow filament – This filament provides a new color shade for each print. We had our room kiwi colored, then orange, and both together.

Color Changing filament – Another awesome filament. Black-Brown-Yellow we used for the test or other compositions. This is a thermochromic filament, which changes its color depending on the temperature.

Unfortunately, such interesting filaments are available as PLA composites only. Filament manufacturers may want to open a new range that will be 3D printed lamp shade focused (friendly). Would be great to have the full range in various colors and with extra fun/decorative elements, and that would be fire safe at the same time.

There is a wide range of lamp shades on Amazon for around $30 for the set of 2-5. They are cheap and are being replaced often. Instead of throwing them away, consider saving them for future DIY projects. Metal frames may hold your future original 3D printed lamp shades.

Earlier Sammy Ekaran wrote a blog about lithophanes and showcased a very nice lithophane table lamp shade. We’ve never 3D printed a lithophane lamp shade, but we think it may be worth trying.

What a surprise it was to find my scanned tree trunk lampshade idea featured by ColorFabb at 3D Print Congress & Exhibition in Paris. Their CEO Bert Habets picked the model to feature PHA because, according to his words, it was the “Inspiration from nature, printed with a new material (PHA) that is made by nature and readily biodegradable”. Check ColorFabbs PHA features here. 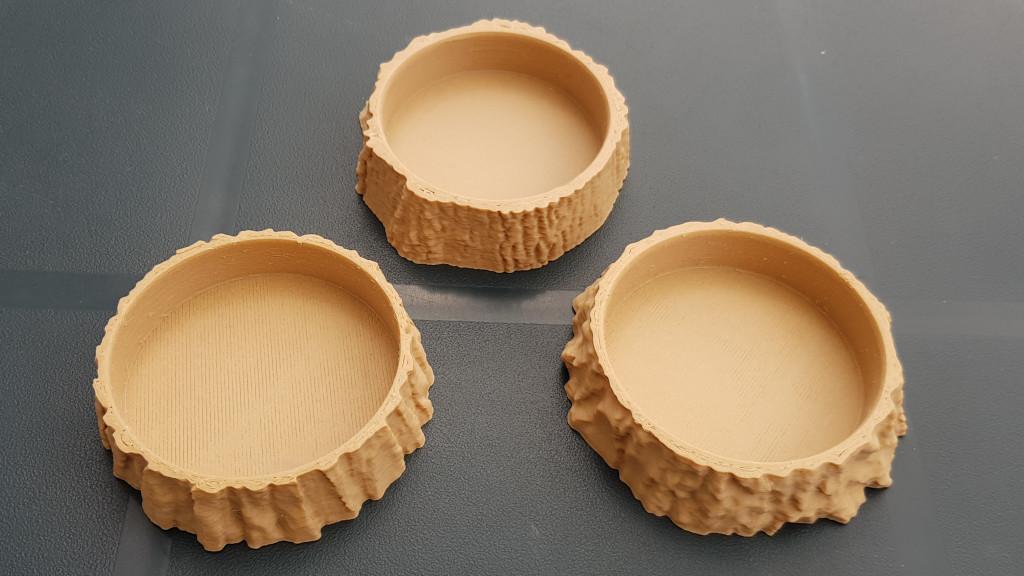 In this gallery, we offer you to take a look at what can be done from 3D scanned tree textures to give […] 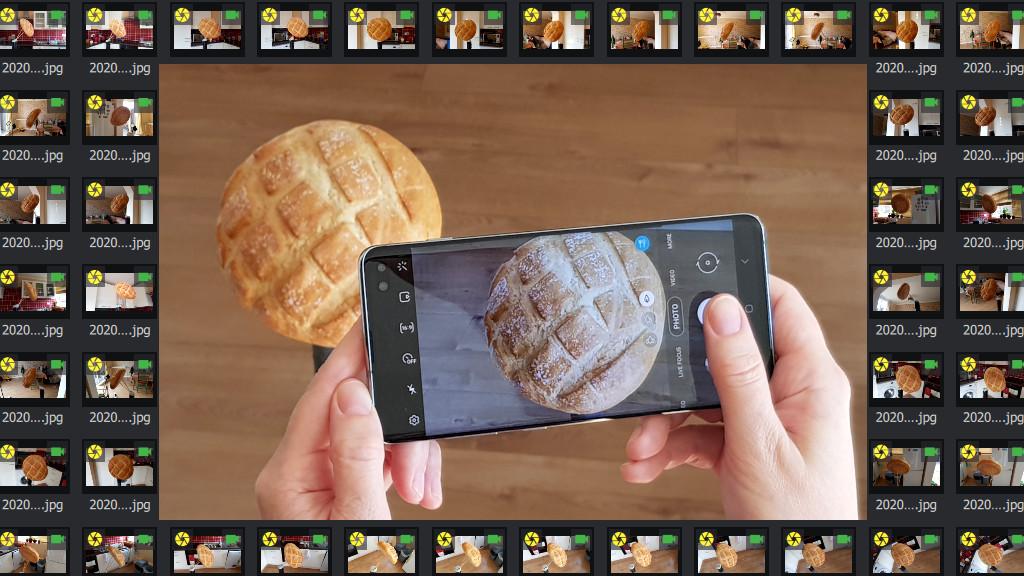